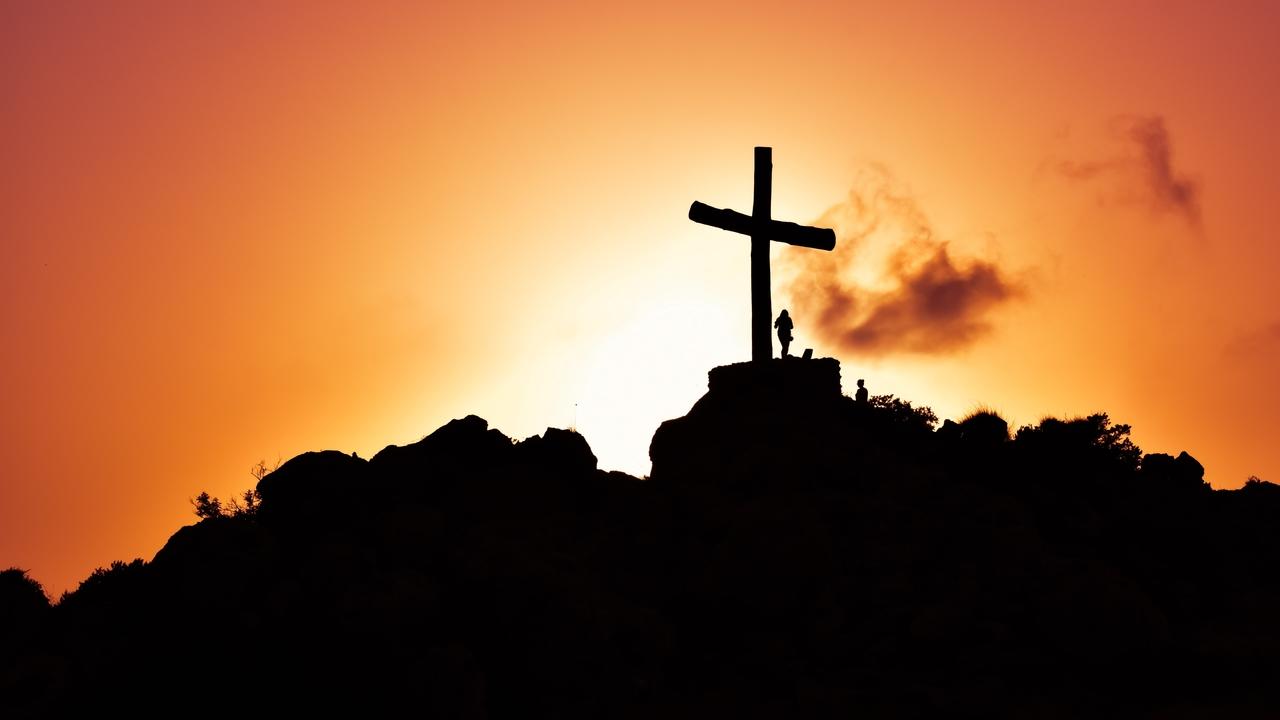 The Gospel of John is known for both its simplicity and its sophistication. That is to say, on one level of reading, virtually anybody can understand it and find edification in it. But at another level of reading, the reader must go deeper and read with more insight and astuteness into the life and ministry of Jesus Christ. In my study of the Fourth Gospel over many years, I’ve observed that John loves to play with the various nuances of word meanings. When he does that, it’s called a pun. Others may call it double-entendre, double meaning, ambiguity, paronomasia, witticism, among other labels. While there might be slight differences between each of these terms, for our purposes here, I’m basically using the word pun synonymously with any and all of the above.

Now, John is also well-known for his use of irony and it is not uncommon for him to employ a pun at the same time that he speaks ironically. But these two things are not the same and while I would love to comment on John’s use of irony when and where we find it, it’s probably best to keep a single focus. And I contend that we will find at least one pun in every chapter—and usually more than one. Now, with that being said, I must admit that I’ve never actually tested it out chapter-by-chapter, so I guess we’ll see. But that’s what this blog series is about. And along the way, we’ll seek to make practical application to life and ministry from what we observe.

The first clear pun we find in the Gospel of John is at 1:5 where the English Standard Version (ESV) has: “The light shines in the darkness, and the darkness has not overcome it.” The word that John uses to serve double duty is the word the ESV translates as “overcomes.” The Greek word behind it is katalambanō, which we’ll discuss later, but for now let’s first compare how a dozen other translations render this word.

SyriacENT:    “...and the darkness apprehended it not.”

A quick survey of these twelve versions reveals that six of them chose to render katalambanō with an English term that conveys an intellectual or cognitive type of action, such as: comprehend, understood, apprehend, mastered. Such a rendering leaves the English reader thinking that the reference to “light” and “darkness” in this verse is a reference to a set of teachings or doctrines. Or to put it another way, the “light” refers to Jesus’ truth claims and the “darkness” to his adversaries’ rejection of the same or to their counter-truth claims.

Continuing our survey, however, we find that the other six versions all render katalambanō as a verb of motion: overcome, extinguish, suppress, put-it-out. When rendered this way, the English reader is likely to come away thinking that this opening verse in John’s Prologue is foreshadowing the physical aggression of Jesus’ enemies who seriously want to get rid of him by physically killing him, or by taking him down (which is certainly a legitimate translation of katalambanō). Or, we could say they want to extinguish his light (i.e., “snuff him out”) in the sense of laying him in his grave.

Before we try to consider which is the best way to translate katalambanō, let’s survey the way John uses this word elsewhere in his gospel. Aside from 1:5, we see it three more times. Unfortunately, two of those times both fall within the same famous passage in John 8 (the woman caught in the act of adultery) which the consensus within academia is that these twelve verses (7:59–8:11) were not original with John. It is beyond our purpose here to delve into such textual difficulties, so I will simply acknowledge it and move on without committing myself one way or the other on the textual issue.

8:3, “[They] brought a woman who had been caught in adultery”

8:4, “They said to him, ‘Teacher, this woman has been caught in adultery’”

The clear usage here is that someone (probably in collaboration with people “in the know”) snuck up on the couple, burst in on them, and witnessed them in a compromising situation. In other words, this usage fits more with those versions that render katalambanō as a verb of motion (i.e., overtake, overcome) as opposed to a verb of cognition (i.e., comprehend, understand). But then again, if John is not the true author of this passage, then it doesn’t advance the argument one way or the other.

So that leaves us with one other usage, and it is a significant one in that it includes the same three terms we saw in 1:5, namely, light, darkness, and katalambanō. The verse comes at the pivot of John’s gospel in 12:35. Here is the ESV:

So Jesus said to them, “The light is among you for a little while longer. Walk while you have the light, lest darkness overtake you. The one who walks in the darkness does not know where he is going.

Curiously, of those versions above that rendered katalambanō as a verb of intellect, none of them do so in 12:35. In fact, with only one exception, they all render it with the same word, “overtake.” The one exception is the KJV, which has, “Walk while you have the light, lest darkness comes upon you.” Still, though, this is a verb of motion like all the others.

Now, let’s see why this may be so. The verb itself is a compound consisting of two words, kata and lambanō. The first word (kata) is a preposition that means down, according to, against, along, etc. The second word (lambanō) means to take, receive, acquire, obtain. When the two words are combined, it can have a variety of nuances, depending on the context. Standard Greek lexicons (e.g., BDAG and Louw-Nida) offer the following nuances: to take down, to win, to make one’s own, to catch up with, to understand, to grasp (intellectually).

So we can see, then, why the versions might be split on how to render the word. And when we look at the Gospel as a whole, which nuance seems to fit the bill the best? Does John intend his reader to come away thinking that those who were “in the dark” did not understand what Jesus was saying much of the time? Well, we have repeated instances of this throughout the Gospel. Jesus often spoke in riddles that left people scratching their heads. In fact, we are told straight out that his statement about tearing down the Temple and raising it up in three days was completely lost on everyone, even his disciples. The text is clear that it wasn’t until after the resurrection that it dawned on the disciples what his cryptic statement meant (2:22).

So, yes, we do see ample evidence in John’s Gospel that Jesus spoke in such a way that those who were “in the dark” did not understand him. But what about the other nuance? Do we see evidence in the Fourth Gospel that those with dark, evil hearts sought to physically overtake Jesus and kill him? Well, that hardly needs an overt answer. That is, of course, exactly what happened. But we see it develop throughout the Gospel. First, his opponents try to overtake him intellectually by setting verbal traps for him. Then only after repeated failure do they resort to overtaking him physically in an attempt to “snuff out” his light. And it seems that the very point at which they shift from attempting to overtake him intellectually to overtaking him physically John masterfully employs this word katalambanō, as if to signal that shift in strategy.

Unfortunately, we’re out of space in this installment to develop this any further, but we do have just enough space to make one practical application. And this application comes from the idea of puns itself. Many puns that we banter about in our casual conversations are generally light and playful. Not so when it comes to literature of a high quality. Puns (and other wordplays) serve to make the text dense and intellectually provocative. It gives it a richness of texture that compels the reader to come back and discern more of the artistic detail and come away refreshed, cherishing each new insight as a precious treasure. This, in part, is what gives good literature enduring power. And all Scripture is of high literary quality, so it’s not surprising that we find puns throughout the Bible. Yet some authors, like John, have more of a penchant for it than others. In light of that, here’s a takeaway to consider:

The richness of God’s Word compels us to read thoughtfully and meditatively.

Scripture is replete with exhortations to search for treasures in the Word just like we would search for hidden treasures of silver and gold. That means that not all the riches of the Bible are laying out in open view. To be sure, some are, but the greater treasures require greater determination and diligence. So we need to show those people we’re trying to help enough of these treasures in the hopes that they will get “gold fever” and want to go on their own treasure hunt. When we’re opening the Bible with them, we need to exude an excitement about God’s Word that is contagious. And only God can produce that in us, which he most certainly will, if with diligence we plunge into the depths of his Word and discover the rich treasure he has abundantly dispersed throughout.

In Part 2, we’ll consider the context of John 12 and try to determine more precisely how John uses katalambanō there. Once armed with that, we will review everything we’ve observed to this point, draw some conclusions, and then offer some more practical applications to life and ministry.